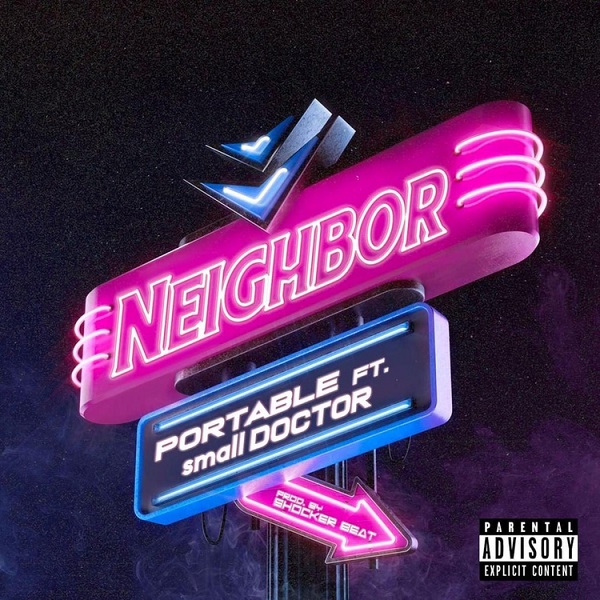 Raving Zazoo crooner, Portable storms out of the studio again with another new track titled “Neighbour“.

On this one, this time around he links up with the vibes of the street, Small Doctor who added his kind of vibes and genre to his verse.

Furthermore, it serves as his third official single for the year after the release of “Ogo Forever“ and  “All Eyes On Me“ few weeks ago. It is also a follow-up to his Olamide and Poco Lee assisted single “Zazoo Zehh“, which took over the streets and clubs in December last year.

Finally, the song was produced by Shocker Beat.