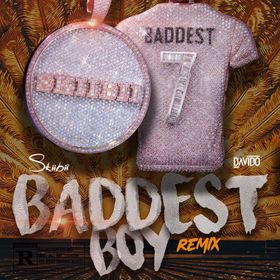 He goes hard on the remix of his trending single “Baddest Boy” by featuring DMW head boss and international act, Davido.

However, the earlier released single is lifted from Skiibii’s previous studio project work titled “God Is Bigger Than Man” EP.

He added some special spices which gave the song a different feel alongside the teaming up with the heavyweight music crooner, Davido. This serves as Skiibii’s first outlet for the year.

The record was produced by talented record producer, Runcheck.