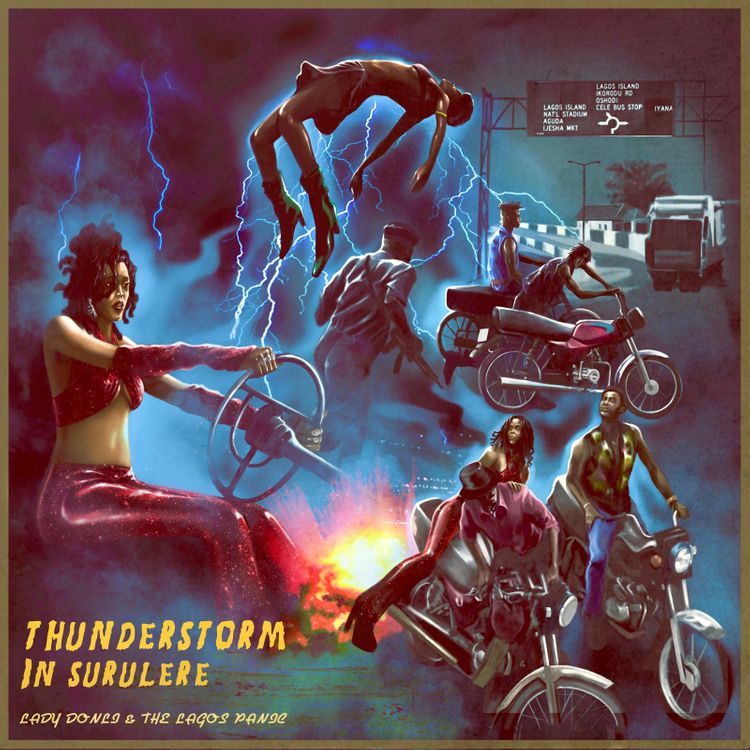 She gives feature recognition to The Lagos Panic on this newly premiered single track.

“Thunderstorm In Surulere” is the first release by Lady Donli and The Lagos Panic. It’s an acrobat song that’s playful, catchy and bouncy. An ode to love and an ode to Lagos.