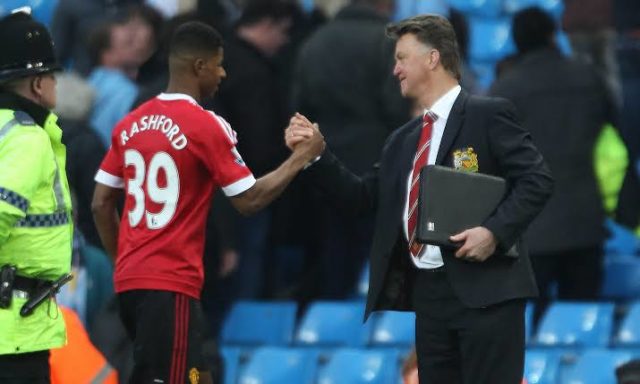 Manchester United’s forward player, Marcus Rashford has sent a message to his former manager, Louis van Gaal who has been battling with cancer.

The Dutchman who is aged 70, announced that he was battling prostate cancer while speaking on a Dutch TV station off recent

According to reports, he did not tell his players during the international break because he wanted them to concentrate on the game against Denmark regardless of his health.

The United’s forwader, Rashford who is one of those who has sent messages to Van Gaal wished him well on his official Twitter account, saying

“Earned my debut from LVG. Will forever be indebted. You can fight this. We are all behind you.”

Earned my debut from LVG. Will forever be indebted. You can fight this. We are all behind you ♥️ https://t.co/ar2qc9JfFW

Rashford made his Premier League debut under the Dutchman in 2016 in the game against Arsenal which he scored a brace.