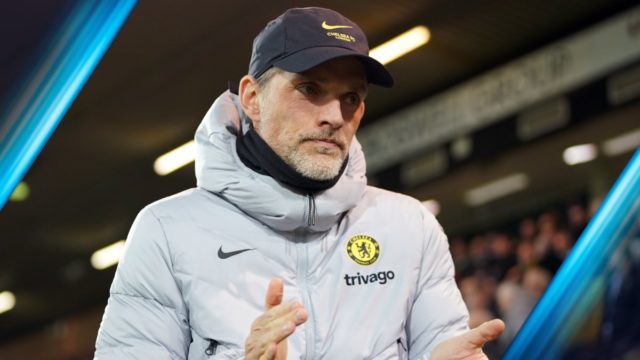 Chelsea Football Club Manager, Thomas Tuchel sets a new record for the club’s away records in all competitions.

The record was is been achieved in all competitions following their win at the Santiago Bernabeu in the second leg of the UEFA Champions League quarterfinals fixture against Real Madrid.

Although Thomas Tuchel’s Chelsea had not gotten the desired result in the second leg of the UEFA Champions League quarterfinals fixture against Real Madrid, the blues had gotten a victory over Real Madrid that became a new club record of 8 consecutive away win in all competitions.

This is a record for the Blues as it is the first time Chelsea has gone unbeaten in eight away games across all competitions.

Chelsea took to their social media platform to share the news with fans and they would be looking to extend that record for the remainder of the Premier League season. The Blues had put out a stellar display against all odds in the second leg of the competition, which took place on Tuesday, April 12, 2022.

Chelsea would be looking to extend their fine run in the Semi-Finals of the FA Cup fixture against Crystal Palace scheduled for Sunday, April 17, 2022. This would be the only cup Thomas Tuchel’s men would be vying for till the end of the 2021/2022 club football season.