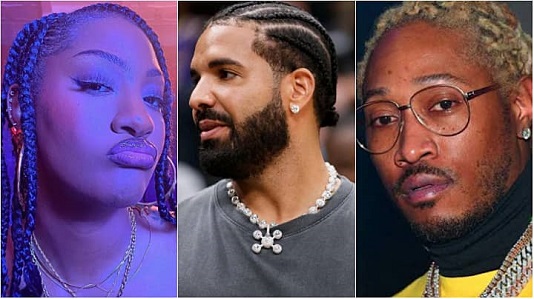 Feature collaborates with Tems and Drake on forthcoming album

The singer announced his upcoming album project dubbed ‘I Never Liked You’ on his social media handle, having Nigerian R&B songstress, Tems and American rapper, Drake on his 7th track.

However, the album ‘I Never Liked You’ has already been placed on pre-sale. This is another big win for Tems who has been on a back to back win since her breakthrough in the industry.

In addition, aside from the beautiful Tems, the 16-track project includes American heavyweight rappers like Kanye West, Drake, and Young Thug, among many others.

Finally, this has been a great testimony for the R&B songstress, Tems ever since her outburst. Possibly there are more achieves coming her way.